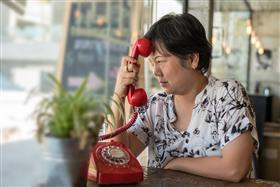 Napier, New Zealand, Oct 24, 2017 -- Police have acknowledged long wait times for those requesting police assistance through 111 calls throughout the country during the long weekend.

National manager of police communication centres Superintendent Dave Trappitt said police were aware the longest wait time for a 111 call was four minutes. He admitted it was concerning and fell short of the standards police set for themselves.

"We know in times of emergency and stress, waiting for a call to be answered is stressful and if there's a delay this can exacerbate the situation."

One Napier man, who wished to remain anonymous, said he was cycling along Marine Parade with his family on Sunday afternoon when he came across half a dozen male youths brawling in the carpark next to Ocean Spa.

"We stopped at the toilets and that's when we saw these guys squaring off with each other. One had his shirt ripped off and there was half a dozen of them.

"Some were standing around drinking Woodstock bourbon and coke and then one of them started punching another one."

Alarmed at the violence and their supposed intoxication, he slunk behind the toilet block to discreetly dial 111, requesting police and then hanging up after the line rang with no answer for one minute.

A police spokesman said they received two calls from different phone numbers about the incident, the second where the caller requested police but did not respond when the call taker answered the call two minutes later.

"The call taker rang back immediately and spoke to a man who gave his name. He reported that two males had been fighting in the Marine Parade carpark but that they had left and police were no longer required," the spokesman said.

The Napier man said by the time police called him back he was cycling away from the area as the youths had left in a car.

The experience left him "completely and utterly flabbergasted" and he felt he had lost confidence in the management of police, he said.

"Obviously someone has made a decision in the management somewhere to roster so many people in the call centre and they've got it wrong.

"I can only guess that this is just a resourcing and staffing issue because the police themselves do care and I imagine they don't like letting the public down."

He said he believed his experience spoke to a wider problem that deeply concerned him.

"I think the management of police in the Hawke's Bay region have got it wrong. I believe there is definitely a local trend of police not getting to incidents and I would bet money on it that it's a resourcing issue."

National manager of police communication centres Superintendent Dave Trappitt said while the delay was unacceptable, police experienced more calls than expected and had a high number of staff call in sick during the weekend.

"Going forwards, police are in the process of a recruitment drive to hire new staff for the communication centres, as well as taking more immediate steps to make call takers available."

Eastern District Police Commander Superintendent Tania Kura said it was important police provided an appropriate response for the given circumstances.

"We'd like to thank that person and people like him for taking some action when they see something that's occurring.

"In every case when we are advised of something we'll act as quickly as we can given our circumstances."

Labour MP for Napier and former police spokesperson Stuart Nash said the long wait times were "unacceptable" and in some cases several minutes could be the difference between life and death.

"A minute doesn't sound like a long time but when you're on the line waiting for police in an emergency it can be an eternity."

Napier mayor Bill Dalton said the incident highlighted some of the insufficiencies of the policing system.

"I've made it very clear that I believe that policing in Napier is under resourced and we have a nonsensical situation in Hawke's Bay where the police hierarchy seem to believe that Napier and Hastings are one city."

He said it was integral that Napier, a "tourist city", had a 24/7 police presence to avoid developing an international reputation as a lawless city.