News : Congress to Start Health Helpline in Mysuru from Saturday 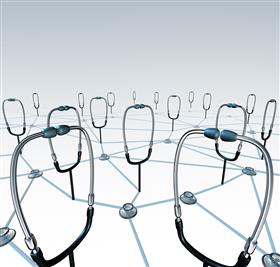 Karnataka, India, April, 2021 -- The Congress will start Arogya Sahayavani, a health helpline, to assist COVID-19 patients and their attendants in Mysuru district on Saturday.

Karnataka Pradesh Congress Committee (KPCC) Working President R. Dhruvanarayan told reporters in Mysuru on Friday that the Arogya Sahayavani’s control room for Mysuru district will be opened at the party office in the city in the presence of District Congress President B.J. Vijaykumar and City Congress President R. Murthy.

Arogya Sahayavani is a State-wide programme launched by KPCC with each district having different control rooms. The control room in Chamarajanagar will be inaugurated on Saturday afternoon.

###contact#contactMr. Dhruvanarayan said the volunteers will not only coordinate with medical establishments and officials, but will also be assisted by party MLAs in the district – H.P. Manjunath, Anil Chikkamadu, Tanveer Sait and Yathindra.

The Congress had launched the Arogya Sahayavani programme after All India Congress Committee’s (AICC) General Secretary in charge of Karnataka Randeep Surjewala asked the party leaders in the State during a recent virtual conference to chalk out programmes to assist the citizens.

Expressing concern over the alarming situation in the State, Mr. Dhruvanarayan said the mortality rate had doubled from 0.6 to 0.7 per cent in the first wave to 1.3 to 1.5 per cent in the second wave, which has been far more virulent.

Karnataka government did not take adequate steps though health experts in November last year itself had warned of a possible second wave, Mr. Dhruvnarayan said and cited "coordination problems" in the B S Yediyurappa-led Ministry. The Chief Minister should have held frequent meetings and taken the advice of health experts such as C.N. Manjunath of Jayadeva Hospital and Devi Shetty of Narayana Hrudayalaya, he felt.

Apart from providing each citizen free vaccination, the Centre should immediately provide five kg of grains during May to help avoid starvation deaths. The State government should immediately open gruel centres. Beggars and other people living on the streets are on the verge of dying, he said.

The government should provide financial assistance to daily wagers, who had lost their livelihood during the pandemic, besides the farmers growing vegetable and flowers who had been hit due to absence of market for their produce.