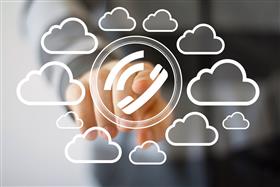 Reno NV, USA, Jan, 2020 -- New data from Synergy Research Group shows that the number of cloud-based contact center agents passed the five million milestone in the third quarter and continues to grow by almost 20% per year. The market remains in its infancy though as the cloud penetration of total contact center agents has not yet reached the 20% mark. The total number of contact center agents is growing by 5% per year, due to the combination of the high-growth cloud segment and the premise-based segment which is still growing, albeit only marginally.

In part due to its acquisition of Broadsoft, Cisco is the first vendor to have over a million cloud agents and is now the market leader in that segment, followed by NICE, Genesys, Enghouse and Five9. The lead vendors in the premise-based segment are Avaya, Cisco and NEC.

At the end of 2019 there were 29 million contact center agents worldwide, with North America being the largest region, followed by EMEA, APAC and Latin America. In the cloud segment the ranking of regions is the same but the market is considerably more concentrated in North America, reflecting the earlier adoption of new cloud technologies in that region. Currently, North America also has the highest growth rate in the cloud segment.

"The big shift we have seen in the market is that cloud technologies have enabled smaller enterprises to utilize contact center services without having to make hefty infrastructure investments," said Jeremy Duke, Synergy Research Group’s founder and Chief Analyst. "This is helping to drive the overall contact center market which continues to grow at a healthy pace. Indeed, vendors like Genesys, Vonage, 8x8, Talkdesk, Five9, NICE (inContact), and Content Guru are achieving strong double digit increases, some of which are well over 30%."

Synergy Research Group is a strategic partner of TeleGeography, providing market intelligence, analytics and strategic consulting services to the networking and telecom industries.