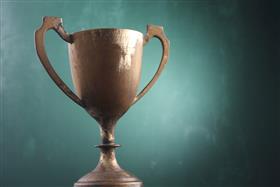 The ERS recognises commitment and support from UK employers for defence personnel who serve, or have served, in the Armed Forces, as well as their families. The bronze award recognises employers who pledge their support for the armed forces and are open to employing reservists, veterans (including the wounded, injured and sick), cadet instructors, and military spouses and partners.

The Armed Forces Covenant is a promise from the nation that those who serve or have served will always be treated fairly and respectfully. The scheme works with businesses, local authorities, charities and community organisations to support Britain’s forces through a variety of services, policies and projects.

Martin Taylor, CMO at Content Guru, commented: "It is an honour to receive this award from the Employer Recognition Scheme for the Armed Forces Covenant. The armed forces are an essential part of our society, and Content Guru is proud to support all those serving, and who have served, their country, whether on the front line or in other capacities. This company enjoys the kind of strong and sustained growth that is only made possible by a secure and well-defended society, and we fully recognise the thanks we all owe to our valiant armed forces."

Content Guru helps organizations to communicate better, enabling them to satisfy the increasing expectations of both customers and colleagues. Our innovative cloud-based technology reduces the cost and complexity of managing diverse channels of communication, making it easy for organisations to give people access to relevant information – whether that comes from a person or a database. By allowing people to use the channel of their choice and work from any location, we allow organisations to drive transformational service improvements while making the most of their existing technology.