News : Controversial Proposals by Capita to Shut Down Radcliffe Call Centre and Move Jobs 35 Miles Away 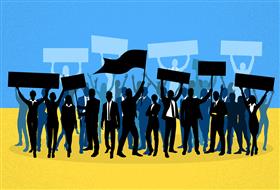 Radcliffe, UK, May, 2021 -- A protest is being staged tomorrow controversial plans to shut down a flagship call centre in Radcliffe.

The shock move was announced on Tuesday and the centre could close its doors as early as September.

The proposals have upset employees who have described the plans as a "kick in the teeth" and Metro Mayor Andy Burnham and Bury Council leader Eamonn O’Brien are backing a Communication Workers’ Union (CWU) call to reverse the plans.

Under the proposals Capita, say the union, want workers to relocate 35 miles away to Preston Brook, near Warrington.

And 25 per cent of staff would have to work from home. Redeployment to other Capita sites is also suggested, with no pay guarantees.

In documents seen by The Bolton News, workers who cannot work from home or travel and cannot be redeployed face redundancy.

According to the document, both Tesco Mobile and Television Licensing will leave the site in September.

The CWU says the proposals are "insulting and completely unrealistic". It has called on Capita to allow employees to work from home at current levels if necessary or allow them to seek alternative roles locally.

Mr Burnham said: "I am very disappointed that Capita and Tesco Mobile have taken the decision to transfer much needed jobs out of Bury.

"These key workers, who have worked tirelessly throughout the pandemic helping to keep the country connected, deserve better and I would urge both Tesco Mobile and Capita to work constructively with the local council and the CWU to find a solution that benefits all stakeholders and keeps the jobs in Bury.

"I will do all I can as mayor to support the union and the local council."

"I was very disappointed to hear that the Bury site is being proposed for closure with jobs transferred elsewhere out of the borough putting many workers’ futures at risk. Not only will this be bad for the workers, it will be bad for our local economy.

"I am in full support of the proposals put forward by the CWU to retain these jobs in Bury by allowing employees to continue working from home where appropriate and looking for an alternative site in Bury to keep these jobs in our borough.

"I will ensure the Council is ready to engage with Capita about how we can help explore these proposals."

"These workers have built up this brand from the bottom up – and to treat these key workers like this, after their year of bravely keeping the country connected, is astonishing.

"There won’t be any doubt that the CWU will stand in solidarity with its members and will be resolute in supporting a better proposal than what the company are currently offering."

One worker said: "The morale is low. We built this business up from nothing to more than five million customers. We have put all our energy and hard work into this company. We have done lots of project that have benefited Bury and its surrounding areas. We feel like this is a kick in the teeth."