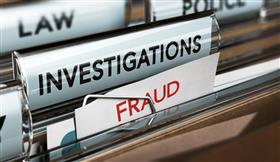 The gang, who were working from a luxury four-storey house in the Thong Lor area, had been under surveillance since Dec 23 last year, following a tip-off from a police informant.

Their behaviour raised suspicions as the suspects arrived to start work at 3pm and left the house around 9pm, according to investigators.

"They're the office hours of countries in Europe as they are between six and seven hours behind Thailand," Immigration Bureau chief Sompong Chingduang said.

Following a raid on their workplace on Jan 8, all the suspects — nine French nationals and one Belgian — admitted to the scam.

They said they had worked in the house for about a month, making phone calls to French and Belgian firms and pretending they were from a Singaporean company offering financial services.

A check also found nine of the suspects came to Thailand as tourists. Only one of them had a work permit but not in the field applied for, he said.

In two other separate cases, the bureau nabbed two Chinese gangs for allegedly running religious scams at temples in Chon Buri, while seven foreigners were arrested for allegedly travelling on fake passports.

The two Chinese gangs offered religious services to compatriots at the temples and sold them sacred objects at inflated prices, police said.

A gang of 13, led by a 24-year-old woman identified only as Li operated out of Phuwanaram forest monastery in Sri Racha district while another gang of six, led by a 51-year-old man named Yibing, worked from Nanthawan temple in Muang district.

They were four Turkish nationals — two men and two women — one Iranian man, one Dominican man and a Malaysian man, the officials said.

Biometric screening has helped the bureau arrest a number of suspects travelling on false documents.