News : Coronavirus: Call Centres Look at Supervision of Lifts in Back to Work Plan 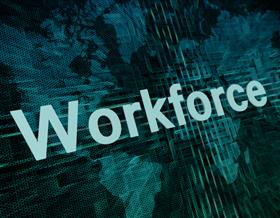 Belfast, Northern Ireland, May 12, 2020 - Call centres which have implemented working from home during the pandemic will have to look at factors such as elevator management if they embark on bringing staff back, it's been claimed.

Contact Centre Network NI, which represents call centres, has said many have enabled staff to work from home with buildings estimated to be just 20% full.

And while some companies will own their buildings, others will pay rent which will still be due, even if the building is not being fully occupied.

Where staff have chosen to continue to come into work, network director Jayne Davies said measures had already been put in place.

It's estimated around 18,000 people here work in call centres for businesses such as outsourcing companies, banks, IT companies, utilities companies and insurance firms.

Ms Davies said: "Although we cannot speak for the whole of the industry, best practice included operating at a two-metre distance, bays and desks closed, marking floors, altering shift patterns and deep cleaning after every shift rotation."

Canteens have also been closed and lift usage monitored at some companies.

"Some limited lifts to one or two people depending on capacity and with floor markings or a one-way system on stairs," the network director said.

"In addition to everything listed above they are exploring PPE and ensuring their buildings are safe and they have deep cleaning process in place."

"You could halve the maximum number of people allowed in a lift from, say, 10 to five," he said.

Ms Davies said call centres would also be considering the needs of those struggling with working from home. "This will need to be weighed against the safety of people," she explained.

"An example would be if someone is struggling with their mental health from being isolated, how easily can they get back to the office? Do they need public transport? Do they have any underlying conditions?"

She said that having made the adjustment, companies were seeing benefits such as reduced absence and increased productivity.

"For the most there is no immediate need for mobilisation to get everyone straight back into work and any decisions will need to be inclusive and changes made with people," she said.

"We think that home working will be here to some degree for the foreseeable future and companies will be reviewing their needs in line with this."

But she added the need for home working had caused initial problems for some firms who didn't have enough laptops for staff.

"With regards to our members, some are still working from offices but none seem to be above 20% capacity in their buildings," she said.

"Companies will have had very different experiences and levels of success utilising home working," he said. "We must also remember the majority will be operating in a very reduced marketplace so performance is extremely difficult to judge.

"In my opinion, the majority of companies will wish for a return to their offices and resume collaboration between teams and individuals.

"They may well adopt a more flexible approach to office working hours, and increased working from home, but they will still require collaborative space that just doesn't happen online.

"Workplaces and offices will be changed by this pandemic, but the demand for office space will, in my opinion, be far more influenced by how the Northern Ireland and world economy recovers."

BT said the majority of its office staff were still working from home, including most call centre workers.

"We introduced safety measures in our buildings and we're closely following guidance from Government and public health authorities on cleaning, social distancing and safeguarding our people," it said.

Today's Tip of the Day - Promote Hands On