News : Firms Have Made Over 100,000 Phone Calls to Hotline about Safe Distancing Measures 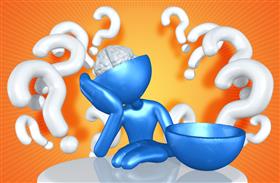 Some 45,000 e-mail inquiries on circuit breaker and phased reopening guidelines were also addressed over the same period, ESG said on Tuesday (June 16).

Speaking to the media after a tour of ESG's dedicated call centre in Tai Seng on Tuesday, Trade and Industry Minister Chan Chun Sing said that the centre facilitates "two-way" communication between businesses and government agencies.

It is not just about addressing the problems and queries that companies have, he said.

"From the questions that businesses call in and ask, we also get a good sense of the pulse (on the ground), the pain points, the opportunities and this is also where it helps us refine some of the rules that we implement," said Mr Chan.

"We want them to resume their businesses in a sustainable manner, so it is in the interests of the businesses to make sure that they put in place safe management measures," the minister said, adding that it is not just about meeting the rules that are set, but more about how businesses can sustain their operations through these measures for both their employees and customers.

The call centre was set up in April after circuit breaker measures were announced, with close to 800 volunteers from 48 government agencies manning the Enterprise Infoline during the period of heightened safe distancing measures.

The centre is expected to continue operating in the coming months as businesses have different queries about reopening guidelines and transitioning to new modes of operations, Mr Chan said.

Agents at the ESG call centre include workers who have been redeployed from companies badly hit by the coronavirus pandemic, such as ground handling company Sats, operators hired through recruitment agencies, volunteers from other government agencies and ESG staff.

Among those manning the lines is Mr Louis Loo, 70, who had been a tour guide and a part-timer with customer service at the Singapore Tourism Board's visitor centre since retiring in 2017.

As tourism suffered massively from the impact of the Covid-19 pandemic, he decided to join the call centre as his "interest is in meeting and talking to people", he said.

Explaining that some businesses got frustrated when their registered primary activities did not qualify as essential services and thus were not allowed to operate during the circuit breaker period, Mr Loo said: "This is where our training in soft skills kicked in; how to handle (different callers). Subsequently, after listening to them and... letting them throw out their frustrations, they would eventually cool down and accept what you're telling them."

Businesses commonly asked when they could resume operations and why there was a cutback in essential services permitted to operate halfway through the circuit breaker, Mr Loo shared, adding that the longest call he had took about half an hour.

The Singapore Business Federation's CovidBiz Helpline, which helps businesses navigate government advisories and updates such as border restrictions, received about 960 inquiries from more than 600 companies between April 6 and June 15.

In addition, the Singapore Malay Chamber of Commerce and Industry has engaged over 1,100 companies through industry group discussions.

Meanwhile, the Singapore Indian Chamber of Commerce and Industry has negotiated preferential interest rates with banks and private financial institutions for its members and Singaporean Indian businesses to address cash flow concerns.

Said Mr Chan: "We hope that in many of the industries, we will be able to set new benchmarks on how we can do (things), not just for ourselves, but also to demonstrate to the... regional market how we can resume activities in a sustainable way."

About Enterprise Singapore:
Looking to help contact center in Singapore to hyper personalise and move to ccas