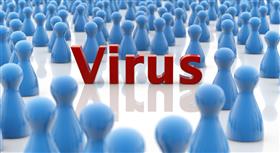 Auckland, New Zealand, Feb 10, 2020 -- The new coronavirus appears to be spreading in a "silent transmission" pattern, and is looking far more like a pandemic than Sars was in 2003, a public health expert says.

The virus has now killed more than 800 people with more than 37,000 people confirmed to have been infected worldwide.

The vast majority - all but 360 of the cases and all but two of the deaths - have been in mainland China, although the first deaths of non-Chinese nationals were also reported over the weekend with an American man and a Japanese man both dying in Wuhan.

The death toll yesterday surpassed that of the outbreak of Sars - another type of coronavirus - in 2003.

The number for information about coronavirus and registering self-isolation is 0800 358 5453.

Pandemic looking likely, death toll will be 'very much higher' than Sars

Otago University public health professor Michael Baker told RNZ's Morning Report that the virus was looking far more like an influenza pandemic than the Sars outbreak, but it was useful to compare them.

"Sars caused almost 800 deaths, that was over eight months and we only had a total of about 8000 cases. This new coronavirus has killed a similar number of people but that's over about six weeks.

"The real difference is the number of cases, I mean, heading out to about 38,000 cases that have been tested but the disease modellers suggest it's more like half a million infections."