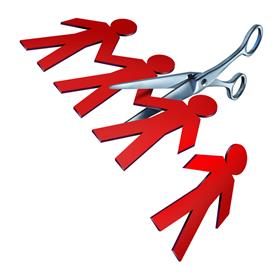 London, UK, Aug 11, 2020 -- The NHS Test and Trace service will cut one-third of its call centre staff, it was announced yesterday. Numbers will drop from 18,000 to 12,000, with the remaining staff staying in the call centres but allocated to dedicated regional teams.

The major overhaul follows reports that some contact tracers have barely made any calls and warnings that the number of people being reached by the service must increase if schools are to safely open in September.

The integrated system, combining local expertise with resources and data from the national NHS service, is being rolled out nationally after success tackling outbreaks in Blackburn with Darwen, Luton and Leicester.

The executive chairman of NHS Test and Trace, Baroness Harding, said: "We have always been clear that NHS Test and Trace must be local by default and that we do not operate alone – we work with and through partners across the country.

"As we learn more about the spread of the disease, we are able to move to our planned next step and become even more effective in tackling the virus.

"After successful trials in a small number of local areas, I am very pleased to announce that we are now offering this integrated localised approach to all local authorities to ensure we can reach more people in their communities and stop the spread of COVID-19."

The significant reduction in numbers of tracers will see some non-NHS call handlers laid off, with all NHS medics remaining to provide expert advice.

Some of the 6,000 staff no longer needed may be redeployed by Serco or Sitel onto other campaigns.

Lady Harding added: "NHS Test and Trace is one of the largest contact tracing and testing systems anywhere in the world, and was built rapidly, drawing on the UK’s existing health protection networks, to stop the spread of coronavirus.

"At the height of the pandemic we ensured the system had extra capacity in place to cope with potential peaks in the virus."

More localised testing is also being rolled out, with more than 200 mobile units in operation and over 200 walk-in centres set to open across the country by October.

Cllr James Jamieson, the chairman of the Local Government Association, said the move was "good news for everyone".

He said: "A strong national and local partnership is critical for test and trace to work as effectively as possible and it is right that local resources are kept under constant review to ensure everyone involved is able to help stop the virus spreading further.