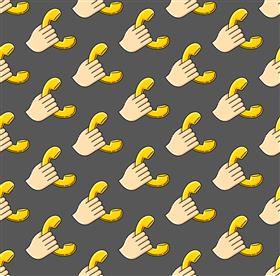 Auckland, New Zealand, March 16, 2020 -- People are spending hours on hold while others are being disconnected as they try unsuccessfully to get through to Healthline for medical advice.

But the Ministry of Health says it is looking to bolster the service and has increased the number of staff to 150 since February to meet the increasing demand.

A Herald reader waited on hold to Healthline for three hours before hanging up and was frustrated that people experiencing symptoms could not get the advice they needed.

"It's ridiculous that I can't seek help or get clarification as to what I need to be doing if experiencing symptoms," she said.

Others who called Healthline received a pre-recorded voice message which apologised for not being able to take their call and advised them to call later.

"We really do apologise we can't take your call," the message said before hanging up on them.

Another reader said she received a message saying that when she called the hotline for information of self-isolating she was played an answering message that said nobody could answer the call because it was night time.

There are also reports that parent helpline PlunketLine is overloaded.

As the number of cases in New Zealand continues to rise and the Government takes drastic measures to control the spread, Healthline is receiving more than four times its usual call numbers from the same time last year, with 4500 calls received yesterday.

Flatten the curve
Move the slider left to see what happens when the number of people infected by each infected person is reduced.

How can you flatten the curve?

A Ministry of Health spokesperson said it was prioritising callers with health issues, bringing in a further 50 nurses and getting additional support from ambulance and Plunketline.

Healthline was monitoring 2875 people in self-isolation and this excluded those people who arrived into the country from 1am Monday.

In an attempt to reduce the workload, people calling Healthline about self-isolation are being referred to a separate call centre or being advised to register for self-isolation online.

A large number of the calls being received are from people wanting general information about coronavirus, which means people needing clinical advice are waiting longer.

People with coronavirus symptoms should call Healthline for advice and direction and to call their GP or hospital before arriving for assessment.

The Herald is seeking a response from the Ministry of Health about what people should do if they cannot get through to Healthline.