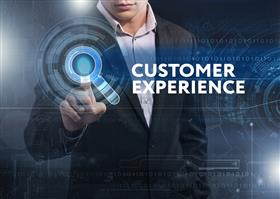 "As VP Customer Success over the past two years, Mike has masterfully handled and collaborated with all three of the teams he's now leading," said Erik Peterson, CEO of Corporate Visions. "In addition, Mike's been an outstanding performer as a salesperson, as a sales manager, and as leader of our Customer Success operations. I fully expect him to push our North American sales efforts to new heights."

The new role will create a vital and fundamental link, he says, between the two main facets of the company's sales strategy.

"This role is about forging the connection between acquisition and renewal and expansion sales," Finley said. "I feel that's a really important connection for us to make, because so often they operate independently. This role signals our commitment to driving even greater alignment between our strategic sales and customer success efforts."

The role, he said, is in large part the result of an increased focus on customer retention and expansion, which Corporate Visions' own research found requires a tailored messaging approach.

"This is really about turning our customers into lifelong customers, and driving value over the entire lifetime of that relationship," he said.

Finley says he's bullish about the caliber of the company's sales team. "We've got a world-class sales team, so our challenge is to constantly improve upon that," he said. "How do we keep putting the pieces in place to continue executing at a world-class level?"

About Corporate Visions:
Corporate Visions is a leading marketing and sales messaging, content, and skills training company. Global B2B companies come to us when they want to:Create Value – Break the status quo and differentiate your solutions from competitorsElevate Value – Build a more effective business case to justify executive decisionsCapture Value – Maximize the profitability of each dealExpand Value – Renew and expand existing customer revenue