News : Counsellors in Overdrive as Calls to Helpline Surge 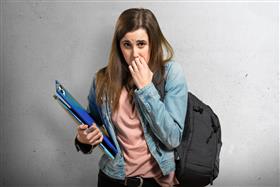 Kochi, India, March 8, 2017 -- When the Directorate of Higher Secondary Education launched a helpline two years ago to counsel anxiety-ridden students set to take their exams, it received less than a thousand calls during the month-long service.

In the second year, the number breached the 1,000-call mark and this year too, calls are pouring in. The helpline functions out of the Directorate of Higher Secondary Education in Thiruvananthapuram.

"This time, there is a real surge in the number of calls. Our counsellors are attending 150 calls a day on an average during the 12-hour shift between 7 a.m. and 7 p.m. The lines are literally flooded with calls, and there is not a minute of break in between," said C.M. Azeem, State Coordinator, Career Guidance and Adolescent Counselling Cell, Directorate of Higher Secondary Education.

He added that the increase in the number of calls received by the helpline could be attributed to the rising anxiety levels among students and their differing learning capacities.

The helpline is manned by eight counsellors who are also teacher coordinators of Souhrida Clubs at higher secondary schools. They were trained in counselling by the Bangalore-based National Institute of Mental Health and Neuro Sciences (Nimhans) and the Child Development Centre in Thiruvananthapuram.

Every year, 40 selected teachers are trained by Nimhans, and there is now a pool of 120 such trained teachers.

The calls received at the helpline do not follow a set pattern, with a variety of factors contributing to the exam-related anxiety of children like inability to memorise studied portions, apprehensions over completing portions, and lack of self-confidence. Anxious parents also ring up the helpline.

The content of the calls are being recorded in writing for fine-tuning the training for counsellors in the future.