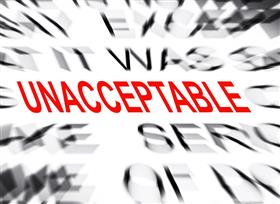 Auckland, New Zealand, Oct, 2020 -- Countdown contact centre staff are on strike for a $2 an hour pay rise, but their union says the supermarket is offering up to 80 cents.

First Union retail organiser Robin Wilson-Whiting said Countdown was dragging its heels in negotiations and offered the 60c to 80c increase under the condition that the contract would not be renegotiated for three years.

"That’s unacceptable for us," Wilson-Whiting said.

A Countdown spokeswoman said it was disappointed talks led to strike action and the pay rise it had proposed was higher than the industry standard, while also ensuring job security.

"We’ve proposed an increase for our customer care team which would put our pay rates ahead of the market for like-for-like customer care roles, and which we think is fair and appropriate for the current uncertain economic climate," she said.

She said Countdown would not disclose which contact centres it was comparing its staff pay with, but according to First Union’s collective agreements contact centre staff at NZ Post, Coca-Cola Amatil and Contact Energy were paid at least $24.

"This is the contact centre that deals with all complaints, online orders and queries within the company," Wilson-Whiting said.

Staff did not feel like they were being recognised for their efforts dealing with an increased number of complaints and nervous customers during the Covid-19 lockdowns.

"Supermarkets have seen growth because of Covid-19 and contact centre staff have had to adapt quickly."

The contact centre staff were currently paid $21.30 an hour.

Wilson-Whiting said Countdown had made strides in paying supermarket staff the living wage, but its offer to most contact centre workers was not equal to the new living wage of $22.10.

This month supermarket store workers received a $2 pay rise taking their pay to $21.50, under a collective agreement, covering 7000 workers, that was signed in November last year.