News : County Board of Supervisors to Consider Planning for Central Emergency Call Center 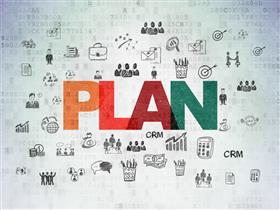 The County Board of Supervisors voted to direct the county chief administrative officer to begin the first steps of planning a fire and EMS dispatch center that could house or serve all five agencies.

San Diego Fire-Rescue received an assessment of its operations and response times from a consulting company, CityGate Associates, LLC in March 2017.

Among the recommendations, the report suggested a merger among the agencies either through a shared technical system or shared physical space.

NBC 7 previously reported on call center data showing some emergency callers waited more than two minutes for a dispatcher to answer their 911 call. The calls were a very small fraction, less than a hundredth of a percentage point, of the total 4,090 calls the center answered in one week.

City officials acknowledge the need to add dispatchers to help with the increase in call volume but space has been an issue.

San Diego's interim fire chief told city council members earlier this year that the idea of merging all four centers would save money and improve how they work together during a wildfire or other major emergency.

So, county officials are considering a plan to look at where this new center would exist and how the cost would be covered by the different agencies.

The Metro Zone Emergency Command and Data Center (ECDC) has been operating from the same two-story facility on Kearny Villa Road since 1991. The building does not meet federal security standards that came about after the attacks on 9/11.

At its peak operating times, the dispatch center should have 19 workstations however the current layout offers only 16 workstations and two of those are used by ambulance services dispatchers, according to the CityGate assessment.

Since 1987, Heartland has leased work space from the El Cajon Fire Department Headquarters.

Cal Fire dispatch operates in four buildings on the Cal Fire campus in unincorporated El Cajon. There is room at this location to build a few facility to house a command center that will bring all agencies together, according to the assessment.

Dispatchers within the separate agencies are paid various salaries. The salary and pension structure of employees will also need to be taken into account in the event of a merger.

One solution would be for each agency to continue having separate workers, but share the cost and space of one big dispatch center.

The ECDC is contracted to answer 911 calls for the cities of Chula Vista, Coronado, Imperial Beach, National City, and Poway.

San Diego County is a county located in the southwestern corner of the state of California. As of the 2010 census, the population was 3,095,313.