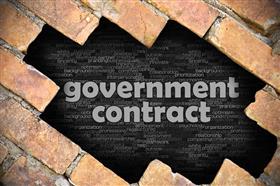 West Sussex, UK, Jan 7, 2021 -- West Sussex County Council is set to leave its outsourced IT arrangements early with a private company later in 2021.

A ten-year contract was signed in 2012 for Capita to deliver a range of support areas such as IT, HR, pensions, payroll, administration and the council’s contact centre.

Since then the county council has brought some services back in-house starting with the multi-agency safeguarding hub due to performance issues, followed by the pensions administration service and then service finance, which deals with the money side of adults services.

With the contract due to end in 2022, the county council is looking to put in place future measures for its IT systems.

According to officers they explored a range of options including staying with Capita or bringing the entire service back in-house.

But the preferred course of action is to exit early in 2021 and split up services into smaller agreements managed overall by the council, bringing in-house the overall service integration.

The council and Capita have ‘mutually agreed’ to the early return of the IT contract, with the company agreeing to support a ‘phased and smooth transition of services to new providers and in-house provision’.

A report by officers said: "The arrangements have performed reasonably well until recent times. However, the constraints of the contract have resulted in a service which is not keeping pace with modern digital thinking and is hampering the council’s ability to fully develop digital, data and technology services.

"Capita has agreed that a mutual early return of the contract would be attractive to them and aligns to their strategic direction."

The council is now set to carry out soft market testing to better understand how the market could support the delivery of its IT services such as service desk and end user compute services, networks, telephony, cloud hosting and infrastructure and application management systems.

It will then conduct a procurement process in 2021 for some, or all, of these IT services, with the objective of having them operational by the summer.

However if there is not the market appetite or the cost and quality of services do not meet the council’s needs, they could all be transferred back in-house.

West Sussex County Council (WSCC) is the authority that governs the non-metropolitan county of West Sussex.