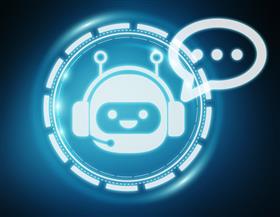 Auckland, New Zealand, June 26, 2018 -- Auckland-based Cove Insurance has sold what is believed to be New Zealand's first insurance policy by a chatbot.

"We timed it at slightly over three minutes to get insured, which is an immense improvement compared to what New Zealanders are used to" explained Andy.

"However our goal is to continue using technology to make this process simpler and faster. I believe we can take steps to further streamline this process"

Striving to make insurance simpler to understand, with a digital-first approach, Cove will initially offer a chatbot experience within Facebook Messenger. Within this interface the customer will be asked series of questions, before being presented with an insurance quote which is available for immediate purchase, with coverage beginning instantly.

"Offering a service like this through a chatbot isn’t yet common in New Zealand, but has proved successful in other markets" explains Chief Product Officer Rob Coon.

"In saying that, our Facebook Messenger chatbot is simply the first distribution channel for Cove. We will soon be offering other channels, including a simplified web experience".

Dr Ming Cheuk, University of Auckland Bioengineering graduate, has been working with the Cove team for a year now, and will soon begin to develop intelligent claims approval technology, which will mix AI with behavioural sciences to automate much of the claims process.

"When we were researching what New Zealand consumers wanted in their ideal insurance experience, we found that most consumers had both their best and worst experiences with their insurer during the claims process" explained Rob.

"Therefore we are now focused on making the Cove claims experience as seamless as possible, and we will be developing this further in the coming months with the plan of making the technology available for Cove customers later in the year".

Cove is also leveraging a number of cloud providers such as Amazon Web Services (AWS) to ensure the company remains agile, and can focus more on development of innovative technology while benefiting from rapid deployment.

"Developing much of our capability with cloud based vendors allows Cove to manage significant infrastructure with a very small team" explains CTO Peter Reid.

"Infrastructure in code, serverless architecture along with the usage based pricing is ideal for a technology startup. The use of external consultants ensures adherence to best practice and supports our ‘right first time’ philosophy".

Cove is currently in private beta, and will be launching to the general public in the coming months.