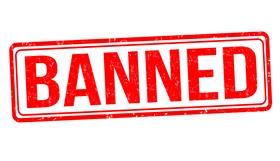 Coventry, England, Jan 4, 2019 -- A Coventry energy firm is facing the possibility of having its licence revoked amid concerns over its customer service.

Economy Energy has been banned from taking on new customers by energy regulator Ofgem.

The ban, issued as part of a provisional order on Friday, January 4, will remain in place for up to three months.

The regulator said that the small energy supplier has also been ordered to stop requesting one-off payments and increasing direct debits.

During that time the company is expected to "take steps to improve and expand" its customer contact procedures via email and webchat.

It is also expected to address its billing and payment failures and issue customer refunds in a timely manner.

If Economy Energy fails to make improvements within three months, Ofgem can extend the ban or, if the supplier fails to improve, it can take steps to revoke its licence altogether.

Economy Energy is based in Friars House, Manor House Drive, close to Coventry railway station and employs more than 200 people.

The business has had a presence in Coventry for a number of years.

In December 2016 it announced it was investing in a customer contact centre in Coventry which would see the creation of more than 200 jobs.

But Ofgem said it had now taken action due to the decline in the standards of Economy Energy’s customer service, complaints handling processes and billing and payment procedures.

The supplier is also thought to be in financial distress and is working with KPMG to assess its options.

Anthony Pygram, director of conduct and enforcement, said: "Ofgem is taking action to protect customers from suffering more harm from the unacceptable level of customer service provided by Economy Energy.

"We expect the supplier to take immediate action to rectify its failings or face having its ban extended.

"All suppliers are required to treat their customers fairly. Where they do not, Ofgem will take the necessary steps to ensure suppliers change their behaviour and to prevent further harm to customers."
Economy Energy statement

On the homepage of its website Economy Energy published a statement in response to Ofgem’s provisional order.

It says: "In light of the news received from Ofgem today, in which we are very disappointed, we wish to advise our customers we will be cooperating fully with Ofgem and are always committed to continual improvement of our business.

"We thank our customers for their support."

One of those critical of Economy Energy was Coventry councillor Ed Ruane, who is a customer of the company.

Cllr Ruane took to twitter to complain about a refund he was yet to receive.

He wrote: "As a customer of #Coventry based #economyenergy, @ofgem should take much tougher action. Three months later I'm still waiting for my money to be refunded."

Today's Tip of the Day - A Nice Treat