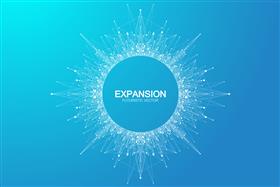 Bengaluru, India, May, 2021 -- The bed allotment scam has affected not only war room services but also the COVID-19 helpline (1912), with many citizens reporting that they had to wait for more than 10 minutes for a response.

According to a senior official, many calls to the helpline failed to connect on Wednesday, the day the scam came to light. "Usually, there are at least eight officials in the zonal war rooms, but by Wednesday evening, the number had reduced to one or two. In fact, the South zone war room, where the BJP legislators did the expose, had no operators. We were not able to connect any calls to South, East and West zones. Due to this, the talk time went up to 15 minutes and there were more than 100 calls in the queue," the official said.

Over the last few days, there has been a three-fold increase in the number of calls, say officials managing the helpline. The helpline began with 30 lines, but now has 500 lines. Even this has not helped, given that the talk and wait time is still upwards of seven minutes. Another issue is the manpower: only 60 personnel working in three shifts.

The helpline is adding personnel to reduce the call waiting time. A second ‘flow-over’ call centre became operational on Thursday.

"This new call centre is a professional setup in Yeshwantpur and will function along with the existing helpline. Now, calls will be distributed, which will mean reduction in wait time," the official explained.

A small war room has also been established within the helpline. "We have been getting a lot of calls from people not in the index data – those who have not been tested, people awaiting results or BU patient identity numbers. Many of them report COVID-19-like symptoms," the official said.

The war room has four doctors, who work round-the-clock. Once their details are taken down, the doctors contact them, assess their condition and counsel them, the official added.