News : Covid-19: Helpline for People from Northeast Set Up in Pune 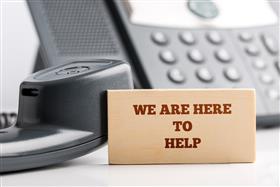 Pune, India, April, 202 -- A helpline for people from the northeastern states studying and working in Pune has been set up by two social organisations to provide them assistance during the ongoing national lockdown on account of the Covid-19 pandemic.

The helpline numbers 989079803/ 9921693175 have been set up by social organisations Sarhad Foundation in association with Vande Mataram Sanghatana.

Sanjay Nahar, founder of Sarhad, a social organisation working for stronger bonds with people in conflict-affected border states, said the request for the helpline came from students from the northeast studying at Sarhad’s educational institutes.

Souriio Hilter, advisor to the North East Community Organisation of Pune, said, "Most of the people are stranded in their hostels. They need essential supplies as they are running out of money. Most banks in the North East have closed and their parents are finding it difficult to send money. Some students may have to vacate their premises. This helpline will definitely help them a lot during the period of the lockdown," he said.

Hilter estimated that there were almost 10,000 students and working professionals from the north east in Pune; 80 per cent being students. Apart from studying in various institutes in Pune, people from the northeast are also employed in restaurants and as security staff, among other professions.

Nahar said outstation students and others were facing problems with access to food and essentials. Seeing their plight, Sarhaad Foundation had opened up a dedicated helpline with the help of NGO Vande Mataram Sanghtana.

"Most of the students relied on their dining mess for food. However, after those got closed, it has become difficult for them to get food. A few students said that even some of the colleges where they were studying were unable to help them with food," Nahar said.

The students were being provided with food and other essentials, said Sachin Jamge of Vande Mataram Sanghtana.

The social organisations plan to open 15 to 20 centres in the city to provide assistance, he said.