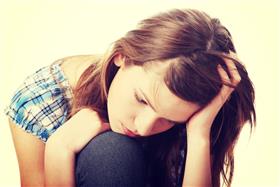 Valletta, Malta, Oct 6, 2020 -- A hotline set up at the start of COVID-19 to deal with loneliness helped 7,861 persons between March and September.

The 1772 hotline was set up for people feeling alone, isolated, or just need someone to speak to.

The information was given in parliament by Family Minister Michael Falzon, in response to questions raised by PN MP Ivan Bartolo, asking for information on how many people had used helpline services set up during the pandemic.

The helpline was set up by the Ministry for the Family, Children's Rights and Social Solidarity, and was run by Agenzija Sapport within the Foundation for Social Welfare Services (FSWS).

From March to June, the service was offered by all employees of the foundation, while from June onwards the line has been amalgamated with the existing line 179. Both of these helplines are offered 24 hours a day, all year round.

Falzon said 1772 was set up to reach the most vulnerable people in society, suffering from loneliness during the pandemic, and therefore needed to talk to someone.

He said 179 would continue to reach those cases of a more serious and urgent nature. However, 1772 is still active and can be used when needed. Operators within the national line are also assisting 1772 callers.

Helpline for elderly with movability issues

Falzon also revealed that 25903030, a helpline set up on 16 March to help the elderly and people with mobility difficulties received 10,360 as of 24 June 2020, after which date the number ceased to operate.

However, he said despite the helpline ceasing to operate, persons who have still been calling this helpline have been transferred to the Senior Service Centre.

Furthermore, Falzon revealed that 25903000, a helpline set up on 30 March, to assist persons who are benefiting from assistance offered by the Department of Social Security received 24,152 calls until it ceased to operate on 24 June.

Falzon said persons who require help can call 153, anyone calling the closed helpline is being urged to call the Freephone 153 which offers the same type of aid.