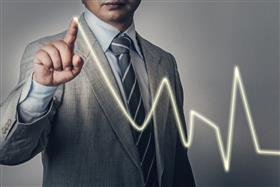 Following the deaths of fashion designer Kate Spade and celebrity chef and TV personality Anthony Bourdain that came as surprise to no one here.

"The volume just goes up quite a bit because it makes people think about it, says Rachelle Pellessier, the center's Executive Director. "Not so much think about suicide, but think about any issues they might have and think about help."

On the other end of each of these conversations a person in crisis or someone close to them..

"That's a hard thing to deal with. We're not all born with how do we deal with these kinds of serious issues."

The people manning the phones here--volunteers and paid staff--usually begin these conversations with a straight forward question. Pellessier says we should do the same when we're concerned someone we know may be reaching this crisis point.

"I'm concerned for you. Are you thinking about harming yourself? Usually when you ask that question they will share with you. They will talk with you about it."

The calls being answered here come from all over the state and further. This is now one of 10 national hot lines. When others elsewhere are overloaded, the overflow may come here.

It's no accident it has that status.

The Crisis Call Center is one of the oldest such organizations in the country, born at a time when our state routinely ranked at the top of the list for suicide rates.

That need continues today. In fact, we should take no satisfaction from that recent report from the Centers for Disease Control that showed we were the only state where suicide rates weren't shooting up. It was based on statistics from 2016 when we ranked 11th.

"And last year in Nevada we increased drastically and hopped back up to fifth place," said Pellessier, adding that was especially true in Washoe County.

So the work continues. The staff here,day-in, day-out, engage people at the worst moments of their lives, coaxing them back from the edge, saving lives.

"For every one person who dies by suicide, there are 278 who get intervention," says Pellessier.

Suicide, she says, has many causes, but some common warning signs.

"Don't ignore it. When they're telling you they have an issue, help them, help them get the help they need."

About Crisis Call Center• established as an outreach program of the University of Nevada, Reno in 1966 in response to the high rate of suicide in Nevada.• added in 1979 an advocacy program for victims of sexual assault, and later, services to address situations such as domestic violence, substance abuse and child/elder abuse or neglect.• became an independent not-for-profit agency in 1985