News : Crisis Helpline Gets Record Number of Calls in 2019 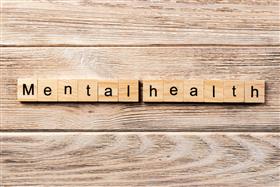 Helsinki, Finland, Jan 13, 2020 -- Crisis counsellor Veli-Matti Husso is one of 750 other workers and volunteers at the Mental Health Finland's (Mieli) helpline who answers calls from people in distress. These days during his shifts the phone is almost constantly ringing - more than ever before.

"When one call ends, another one starts," Husso explained.

Last year the crisis helpline received more than 210,000 calls for help, amounting to more calls than since the centre started operations more than forty years ago - at a rate of about 500 per day.

But because the phone lines were not open 24/7, the centre was only able to answer a fraction - just over 57,000 - of those calls. Mieli's communication planner, Leena Kasurinen, told Yle News the service only has data on the volume of calls.

"[The total] does not reveal the number of individual callers. So it might include multiple calls from the same person who eventually got through," Kasurinen explained.

Just one year prior, in 2018, there were fewer calls placed to the phone line - around 162,000. The increase has prompted a boost in the centre's funding, enabling the Finnish-language support line to open around the clock from the beginning of February.

"The longer opening hours will help us answer calls around the clock. However, we still won’t be able to answer all calls, unfortunately. We still need more counsellors to cover the busiest night-time hours. It is difficult to say how many counsellors there are on stand-by, since they are located at 27 crisis centres around Finland," Kasurinen said, adding that calls are answered by 700 volunteers and 50 employees.

The Crisis Helpline operations are separate from the Crisis Centre activities, Kasurinen pointed out, saying that the Crisis Centres organise face-to-face help and peer groups, while the helpline assistance is telephone based.

Crisis worker Husso said that callers seeking help and advice are increasingly younger these days, noting that mostly people talk about difficulties in relationships, feeling unwell and fears of being unable to cope with everyday life.

"Many are between 20 and 35 years old, and many are students," Husso explained, saying that he's able to discern when callers are truly in crisis and when they may just need someone to talk to.

"Yes, that distress is easy to pick up on. Talking to a person gives you an idea about whether or not the person is able to handle their problem. If the situation is so overwhelming and they can't handle it, callers are instructed to seek immediate help," Husso said.

Communications planner Kasurinen said some possible reasons for the uptick in younger callers could be a general uncertainty about the future.

"Also, today’s society puts young people under enormous pressure: young people live under the illusion that they should be happy and enjoy every second of their lives," Kasurinen said.

For nearly two years now the crisis line has offered support in English as well as Arabic and its helpline in Swedish has been operational for the past year.

"So far, they have been less busy compared to the Finnish line - the Arabic and English line got 667 calls and the Swedish line 400 calls last year," Kasurinen explained.

The crisis helpline was set up in 1978 to address a rising suicide rate. Although the number of suicides has gone down in Finland, crisis line calls from people contemplating ending their lives have tripled over the past decade, according to Husso.

He said in one way that's a good thing, saying that it is better to talk about feelings rather than hiding them. On the other hand the centre's increase in calls from people discussing suicide is not a good development, because it indicates that there is little help elsewhere.

"There are a lot of mental health issues, anxiety and depression - and people don't know how to deal with them," Husso said.

Susanna Winter, manager of the Crisis Helpline, agreed that there are insufficient healthcare resources available to people in need.

"Yes, we do receive calls from people who have suicide attempts in their backgrounds and then they're at home with medicines in the cabinet, or something. After all, a person should not be left on their own if they're in danger."

Most calls to the crisis centre come at night - particularly during the Christmas and New Year holidays, as well as in the height of summer.

Often nowhere else to turn

"People don't want to disturb their loved ones during the holidays and at night. Those are times when you should be asleep or be happy. When special occasions roll around, like Christmas or New Year's, and your worries and difficulties compound, they feel particularly overwhelming," Winter explained.

Mieli is a federation of more than 50 local mental health associations and gets funding from the Ministry of Social Affairs and Health as part of contributions from state-owned gambling monopoly Veikkaus, as well as from local authorities, religious groups and private donors.

According to the Funding Centre for Social Welfare and Health Organisations (Stea), Mieli is currently awaiting ministry confirmation for a support grant of around 7.26 million euros.