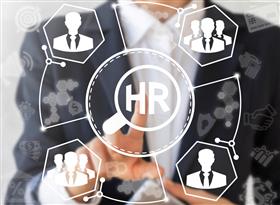 Phil Evans, the owner of the cruise specialist travel agency, has identified two sites in the city where Thomas Cook was headquartered, to open a new office.

Cruise Nation held a board meeting to discuss whether the agency should open a third call centre. It already operates offices in Swansea and Newcastle.

"After the talks that we had with the board, we are looking at a micro centre, covering sales, product and marketing," Evans said. "We want to see if there is any demand [among former Thomas Cook staff].

"We are looking for six to eight sales staff primarily, but we’re looking to recruit in other departments as well."

Cruise Nation is also looking to recruit its first sales director who would manage Swansea, Newcastle and Peterborough offices.

Evans said he hopes to recruit a former Thomas Cook staff member for the role.

"I am looking for a head of retail and it would be advantageous if they had a background in cruise," he said. "We are trying to put the feelers out in the industry."

Evans added that he was trying "to seize the opportunity" to grow the business.

"We are looking at various different offices that are very much ‘plug in and play’ and we can start straight away," he said.

Meanwhile, the agency’s Newcastle office has appointed two former Thomas Cook staff in sales positions and hopes to have them in place by the end of the week. The office now employs six staff in total.

Andrea Kendal, Cruise Nation’s commercial director, said: "The quality of [Thomas Cook] staff is phenomenal and the situation for them has been awful. If it is the right person and the right fit, it will benefit the business."