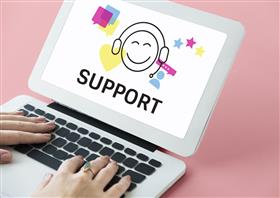 The city’s public utility has initiated an effort to bring calls of concern and inquiries to the forefront, and is eliminating its previous out-of-town call service.

Cleveland Utilities will have 10 employees working in the new call center, which consists of six dual work stations.

"Prior to this, we could only answer two incoming calls at a time, but now we can handle six simultaneous calls," said Marshall Stinnett, CU vice president and CEO.

Cleveland Utilities board member Joe Cate, and other staff members and the media, took a quick tour Thursday of the new facilities with Stinnett and Walt Vineyard, CU vice president of Technology.

The utility has transferred five employees to this new call center, and added five new hires.

It is anticipated the call center will be a huge benefit to the utility in its effort to improve communication with consumers, especially in extreme situations.

Call center personnel are being trained to quickly recognize locations in the community where calls may originate. Most likely, this will improve response times to outages and/or traffic accidents and emergency situations.

Cleveland Utilities President and CEO Tim Henderson also gave his monthly update to the Cleveland Board of Public Utilities at Thursday’s meeting.

He reported on the utility’s involvement in this year’s United Way Day of Action, and Customer Relations Manager Jamie Creekmore provided a video.

"We feel this involvement is a lot like mission work," said Henderson. "It’s a way we can give back to the community."

Several CU employees participated in Day of Action activities at Bradley County’s North Lee Elementary School. "They (the school’s staff) were very appreciative of our help," said Henderson. "This year they also had a Family-Feud type of competition, and one of our teams won," continued the CU president.

• Henderson also expressed his personal appreciation to the board for its support and recognition of his father, who passed away recently.

• Cleveland Utilities’ CEO reminded the board that the annual River Counties Association’s "Battle for a Cure" volleyball tournament is scheduled Thursday, Aug. 17, in the Cleveland State Community College gymnasium. The utility has won the tournament two of the past three years.

• In a final announcement, Henderson and Lisa Coffey of the Water Treatment Division, recognized new employee Konya Smith. Smith recently was awarded a scholarship from the American Water Association.

• In another report, Electric Division Vice President Bart Borden had a brief update on traffic lighting in the community, saying maintenance crews are working at various intersections.

He said there were numerous projects in June by field crews and the traffic signal coordinator.