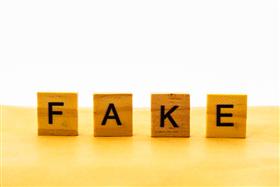 New Delhi, India, Aug, 2019 -- Ever ordered food on Zomato and spoken to an executive at their customer care centre? Chances are you have been tricked as the food delivery app does not have a call-in facility.

The food aggregator had told police it does not have a customer care number at all and redresses complaints through a chat service available on the application. Alternatively, a customer can write a message to the company on its official website, according to a report in Times of India.

In a recent case, a Bengaluru woman lost all her money from her savings account after she allegedly contacted Zomato's customer care by searching the number on Google. The woman, who was unhappy with her order and sought a refund, was reassured by the customer care executive that she will get a full refund within 24 hours. Minutes later, her bank account had zero balance.

The Bengaluru woman had called the number 9134425406 and was told the refund amount could be transferred immediately via Google Pay and she would have to download a mobile application called Any Desk’. On following the steps dictated by the voice on phone, all the money in her bank account - Rs 17,286 - got debited, according to the report.

When India Today tried to call on the number, the number was not reachable.

Google search continues to throw up several customer care numbers atrributed to Zomato. The app is still available for download on the play store but the number has been suspended.

In another case, a man in Chennai called one of the fake customer care numbers he found during a search on the internet. The person on the other side asked him for his unified payments interface (UPI) pin, password and bank details to initiate a refund for his order. Suspecting foul play, the man gave him incorrect him. Soon, the man received two SMSs from his bank stating that two transaction requests for amounts of Rs 5,000 and Rs 10 had failed due to incorrect pin.

Zomato filed a complaint with the cyber police on July 25. After preliminary investigation, a police complaint was filed.

A Zomato representative said in the complaint that the presence of such fake websites are a threat to the customers as well as the buisness.

A case was registered under section 420 (cheating) of IPC and section 66C (identity theft), 66D (impersonation to cheat by using electronic and computer device) of the IT Act.

Founded in India in 2008, Zomato has grown into a global restaurant search and discovery website and app, providing in-depth information for over 1.4 million restaurants across 23 countries.