News : Customs All Out to Help Businesses Resolve SST Issues 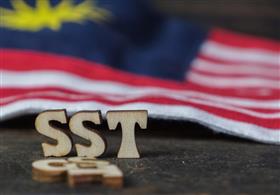 Petaling Jaya, Malaysia, Sept 5, 2018 -- The Customs Department is working around the clock to help address issues faced by businesses over the Sales and Service Tax (SST).

"We have 40 officers manning the Custom’s call centre but we have calls coming in by the thousands, so some calls are not answered," said its director-general Datuk Seri Subromaniam Tholasy.

Many of the officers, he said, had been working until midnight, seven days a week.

"We understand that some calls don’t get through during peak hours, which is why we have extended the (call centre) operation hours until midnight, including on weekends.

"Those who want clarification should perhaps try calling during off-peak hours," he said when contacted.

The department, he said, had also provided an e-mail address.

"The list, which is available from the Customs website, provides the mobile numbers of the experts," said Subromaniam.

He said that Customs was also providing many hand-holding programmes to help the industries’ transition into the SST system.

"There is no tough enforcement for the time being. It will be advisory in nature. We have rolled out Ops Bimbing SST to help traders.

"All we are asking is for businesses to be patient and get help from our side. We are providing all avenues to help them out," he said.

This was based on feedback ­gathered by his ministry, he added.

"Of course the price of consumer goods will be varied once it reaches the next level of the supply chain such as at the wholesalers and retailers.

"However, we understand that the transition from GST to SST has effectively reduced production costs for manufacturers," he said after visiting a factory in Ayer Keroh yesterday.

Saifuddin said his ministry would scrutinise whether any excessive rise in the price of consumer goods was due to profiteering.

He said the ministry would strictly enforce the Price Control and Anti-Profiteering Act against errant traders.

The ministry, he said, would work closely with Customs to ensure ­traders abide by the rules.

Meanwhile, the Perodua Dealers Association (PDA) and the Perodua Vendors’ Club (KVP) have welcomed the SST as it managed to help lower the prices of Perodua vehicles.

"Based on this new tax structure, the overall cost of Perodua vehicles could be brought down between 1% and 3%," said KVP president Musa Zahidin Ahmad Zaidee.

On Monday, Perodua announced that the prices of its vehicles would be reduced by between 1% and 3% for most of its models compared with the price list under the ­previous Goods and Services Tax.

Musa hoped that the government would continue to engage the country’s automotive ecosystem stakeholders on future policies.