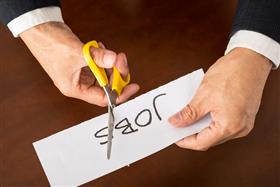 Devizes, UK, Jan 23, 2019 -- Emergency calls could take longer to answer if proposed cuts are made to call handling staff at Wiltshire Police.

Although the force says cutting three roles in the call handling centre would not have an impact on the service, Kieran Kilgallen, chief executive of the Office of the Police and Crime Commissioner, admitted there was a risk that it might affect the time it takes to answer 999 and 101 calls when quizzed by councillors.

Despite the precept rise to bring annual funding for policing up to £118.287m the force said £1m of cuts would still need to be made.

The cuts include getting rid of three jobs from the communications team, meaning fewer people to answer emergency 999 calls.

On average 999 calls are currently answered within three seconds.

Problems with slow pick up times for the 101 service had been addressed through £250k of investment.

Chair of the police and crime panel Cllr Richard Britton said: "The reduction seems perverse with the problems you had to get response times down, especially for 101. It has been quite a saga over the two years. Now here you are cutting staff. That seems inconsistent."

Cllr Brian Mathew added: "With possible disorder post Brexit, surely there’s a need for more comms not less? You have had a problem with the public with your comms but you are now saying you can cut them by three, there is a danger of one step forward two steps back."

Kieran Kilgallen, chief executive of the Office of the Police and Crime Commissioner, added: "It is a risk, yes.

"Realistically we are happy with the volume we’ve got there. There is big Brexit planning going on in the force, it is a national plan and if No Deal occurs I am assuming there is something in there that looks at the impact on our call handlers."

The PCC said the £250k loan that improved performance must now be paid back.

Clive Barker, chief financial officer at Wiltshire Police, said: "It wasn’t a gift. There was an expectation that they would change the way they do things to deliver a better service. They have suggested performance will not come down by reducing these three roles. But there is an expectation next year there will be reductions again. The performance of call handlers is really good but there’s lots of people in there so they are running hot."

Mr Macpherson said: "I am very focussed on this. People may have had a bad experience but that wasn’t yesterday, that was six months or a year ago. This is a confidence matter rather than performance matter, but it is looked at regularly."

Cllr Britton said: "It is an area I shall watch with great interest because there must be a risk associated with staff reductions that we go back to the old situation."

Wiltshire Police, formerly known as the Wiltshire Constabulary, is the territorial police force responsible for policing Wiltshire and Swindon in the south-west of England.