News : Cyber Bullying Leads to Rise in Calls to Helpline 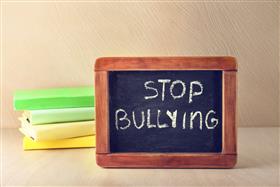 Perth, Australia, Jan 13, 2018 -- Cyber bullying has contributed to a 5 per cent rise in the number of suicide-related calls to Kids Helpline, the counselling service that believes teaching children empathy and resilience is just as important as tougher laws for online harassment and abuse.

Malcolm Turnbull’s response to the suicide of bullied teen Amy "Dolly" Everett included a heartfelt Facebook post declaring that "every step must be taken to ­reduce the incidence of bullying, whether offline or on, and eliminate it wherever we can".

"Much more work is needed, from governments, health groups and the internet companies themselves, to prevent cyber bullying, stop it when it occurs and to minimise its impact when it does occur,’’ the Prime Minister said.

Kids Helpline, which receives more than seven million calls and webchat messages from or about children and young people every year, yesterday revealed that in the 24 months to December there had been a 5 per cent increase in requests for help from children who were thinking about suicide or people who were worried about a child thinking about suicide.

Kids Helpline’s virtual services manager Tony Fitzgerald said this amounted to an extra 3000 calls for help, with many related to cyber bullying.

While Dolly’s death has prompted debate about Aus­tralia’s cyber-bullying laws and apps that allow children to harass and abuse anonymously, Mr Fitzgerald said his organisation believed criminal prosecution could only ever be one part of a broader solution.

He said Kids Helpline’s education program in schools in every state taught primary-school-aged kids about empathy and how to cope with bullying.

"The law enforcement side of things is only one aspect of dealing with cyber bullying — we would also say we need to be proactive rather than reactive, and that starts from a very early age," Mr Fitzgerald said.

"It starts by teaching values around respect, it starts by helping kids learn empathy and by teaching kids more resilience and better coping skills.’’

Kids Helpline is a free, private and confidential, telephone and online counselling service specifically for young people aged between 5 and 25 in Australia. Counsellors respond to more than 6,000 calls each week about issues ranging from relationship breakdown and bullying to sexual abuse, homelessness, suicidal thoughts, and drug and alcohol usage. The service receives more than one millions calls per year.