News : Cyber Crime Helpline Receives Over 3,000 Complaints Since its Launch in April 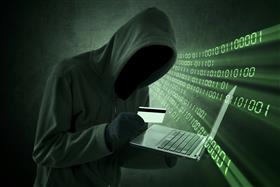 Delhi, India, Sept 19, 2021 -- Kiran Saxena (74), a retired Delhi electricity department employee, got the shock of her life on August 24, after 6.20 lakh were siphoned off from her account in a matter of 45 minutes after she dialled a customer care number available on the internet to enquire about some income tax forms.

Similarly, a doctor at the All India Institute of Medical Sciences (AIIMS) lost 4.90 lakh to cyber criminals in June, after he clicked on a link of a text message, which he received on his phone, that said his internet banking application was blocked.

Although Saxena and the AIIMS doctor, who asked not to be named, were conned in separate ways and probably by different cyber gangs, what is common between them is that they both got a part of their stolen money credited into their accounts within hours of reporting the crime to Delhi Police’s cyber crime helpline ‘155260’. While Saxena got back 2.25 lakh, 3.15 lakh was reverted to the doctor’s account.

HT spoke to many officers in the cyber crime unit, who confirmed that of every 100 people who are duped online, only about 10 get their money back. But even these 10% victims getting their money back was made possible only after the national helpline ‘155620’ came into effect in Delhi in April this year.

On June 17 this year, the Centre, under its scheme ‘Citizen Financial Cyber Fraud Reporting and Management System’, operationalised the helpline in some states for reporting all kinds of cyber crime and preventing loss of money in cases of cyber frauds.

According to data by the Delhi Police’s Cyber Prevention, Awareness and Detection (CyPAD) Centre, the Delhi Police received total 3,112 complaints of cyber financial frauds on the helpline between April and August. The total amount siphoned off from the accounts of the victims, whose complaints were found to be genuine after verification, was nearly 4 crore.

"Nearly 10% ( ?1.42 crore) of the total defrauded amount was returned to the victims as they had alerted about the cyber frauds on the helpline on time and cyber cell officials could block the suspects’ accounts with the help of the concerned banks, online wallet firms and payment gateways," said deputy commissioner of police (CyPAD) Anyesh Roy.

Of the 3,112 complainants, nearly 800 people prevented the money from reaching the wrong hands by timely reporting about the frauds to the helpline. Around 300 of the nearly 800 victims got the stolen money credited to their bank accounts. For the rest, the refunds are partial and under process for reversal by the respective banks, merchants, online wallets and payment gateways, show CyPAD’s data.

Earlier, victims of cyber frauds had to run from pillar to post to register their case and get their stolen money back. While there was hope of getting the stolen money back when the cases were solved and the suspects arrested, reversal of the amount was a tiresome and time-consuming task, said cyber experts and police officers HT spoke to.

But, that has changed now. With the launch of the cyber crime helpline, the police, in coordination with the financial institutions, immediately crack down on the cyber criminals by blocking the accounts into which the defrauded money gets transferred or cancelling the delivery of the goods that the suspects order using the stolen money, said cyber security expert Amit Dubey.

"By blocking their accounts, the agencies prevent the defrauded money from reaching the fraudsters," said Dubey, who works as a resource person with 16 states police, including Delhi Police and Uttar Pradesh police, in solving cyber crimes.

Officials say that many complainants could not get their money back because either they contacted the helpline late or their defrauded money had turned "irreversible" by the time police took action.

DCP Roy said, "In case of cyber frauds, timely reporting of the crime is the key. Almost all the cases, where the victims’ money was retrieved, were reported within 24 hours of the crime. The chances of recovering the cheated money are certain till the illegal transactions don’t become irreversible, meaning the amount is either withdrawn in cash or reaches a stage where it is immediately not possible for the concerned financial institution to block the account."

Police officers said the quick reversal of the transaction in cyber frauds has become possible only after the helpline became functional. Earlier, people only had the option of filing their cyber crime complaints through emails or complaints at the police stations. Since converting the complaint into an FIR and beginning the investigation was a time-taking process, victims got their money only when the suspects were caught or cases were solved.

"The victims got their money back only through the courts. There was nothing called immediate respite in terms of crediting back the defrauded amount," said an officer posted in the cyber cell of east district.

Rakshit Tandon, another cyber expert, believes that although the cyber crime helpline has been productive in terms of helping victims of cyber frauds, digital policing is the need of the hour keeping in mind the steep spike in such crimes. Lack of awareness among the public regarding cyber frauds and how and where to report about such cases on time is the main reason why people fall prey to such frauds and lose money.

"Providing a safe and secure eco-system for digital payments is the objective of all financial institutions; no company wants their reputation to be compromised because of cyber criminals. It is important to have an extensive network of digital policing to safeguard money transactions. And for that, the agencies should ensure that no SIM card or bank account is activated without full proof verification. If these two areas are brought under check, cases of cyber frauds will certainly come down," said Tandon.

How cops act after receiving cyber fraud complaints on the helpline

As a person informs the helpline about a cyber fraud, the policeman attending the call fills an online form using personal and transaction related details provided by the complainant. Once the form is submitted, the system generates a ticket for the complainant and sends an alert to the concerned banks, merchants, payment gateways or online wallets, where the stolen money gets transferred. The concerned financial institutions immediately block the money and return it to the complainant after verification.

In Saxena’s case, the suspects had ordered three high-end iPhones costing over ?3 lakh through an e-commerce site and the delivery address was in Patna. The cyber cell officers alerted the company, which cancelled the order and returned the money to Saxena’s account.

"We have only got 2.25 lakh out of the 6.20 lakh that we lost. Although, we faced problems getting in touch with the cyber cell officers through the helpline, their response was quick once they received our complaint. My mother was in complete shock but she got some respite when some amount was reversed," said Saxena’s daughter Ruchika Saxena.