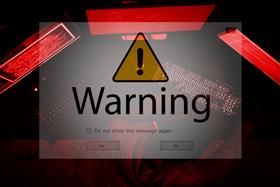 The scam involves customers receiving a call from a fake representative requesting the customer’s security details under the pretext that they are blocking the processing of a SIM swap request that is being made on the subscriber’s number without their knowledge or authorisation.

The scammers will then use the customer’s responses to perform a SIM Swap, a type of phishing fraud that poses a serious threat to customer and bank security. Once the scammers have the information, all calls and texts to the victim’s number are routed to the fraudster’s phone, including one-time passwords for banking transactions.

Cyta said the calls could display the caller number + 923XXXXX6070, which appears to belong to Pakistan’s mobile network, but any overseas number could be the scammers using Viber. The callers use broken English and claim to be CytaVoda Call Centre engineers.

Cyta said once it started receiving complaints its security teams took steps to block such calls but said the public needed to be careful since there was other VoIP technology that might allow the calls through, which Cyta can’t control.

The company advises customers not to respond to not to give, under any circumstances, personal or other information over the phone, and to immediately inform the competent authorities, such as the police cybercrime unit at 22607250 or 22808200, and the police citizen line 1460, as well as their telecommunication provider.

For Cyta, the number to which customers can call free of charge is the Call Centre 132.