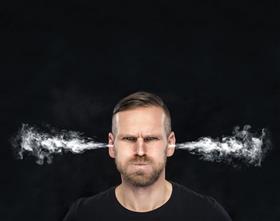 Hubballi, India, Oct 29, 2019 -- If you are inconvenienced by the delayed arrival of a bus or while traveling to distant places from Hubballi, you have to just grin and bear it. As North West Karnataka Road Transport Corporations’s helpline number: 18004251836 is not working.

Scores of passengers used to get help by calling this number but this service has gone defunct. To make matters worse, there is harldy any response from NWKRTC’s WhatsApp number: 7760991687 and online helpline too.

Rajashekhar Patil, a businessman, said the helpline number is out of order most of the time. "If it rings, no one receives our calls. It’s been difficult to get information about NWKRTC services through the helpline. Even though they have publicized this number at public places and on buses, they have not set the system right. In the past three months, I have hardly got any response from the helpline. In such a situation, we are forced to vist a bus stand to know small information about availability of buses on specific routes, class of buses etc," he alleged.

Y B Alagawadi, an office bearer of Karnataka State Retired Employees Association, alleged that public relations itself has been thrown out of gear in NWKRTC. "Whenever NWKRTC gets a chairman from Hubballi-Dharwad, officials show a little concern to attend public grievances. During the tenure of Mallikarjun Savaka and Sadanand Danganavar, officials acted like they were concerned. When the chairman is appointed from other cities of the region, public relation takes the last seat in NWKRTC," he said.

Alagawadi added that he had submitted many memoranda demanding bus shelters in cities, more buses on some routes in the last five years. "I have not received any reply nor have I seen any action. When asked, the officials say they don’t have a public relation officer for a decade to attend to public grievances. If that is the case, they should shut the operation," he said.

Showing a received copy of a complaint submitted to the NWKRTC MD’s office in 2017, Manjunath MP, a farmer from Katral village said, "Gadag divisional officials were operating Express buses illegally. The board said Express only to prevent villagers and students from boarding such buses, while the tickets said it was an ordinary service."

"Till today, we have not received any reply. When some drivers and conductors of Ron-Gajendragad ordinary buses refuse to stop at our village, we call the helpline but most of the time our calls go unanswered," he added.

No response on WhatsApp too

Over the past six months, TOI has reported grievances to NWKRTC’s WhatsApp number 7760991687 and there has hardly been a response so far. The number was publicized with much fanfare when Vinay Kulkarni had conducted a passenger’s meeting when he was the district minister.
NWKRTC managing director Rajendra Cholan was unavailable for comment.