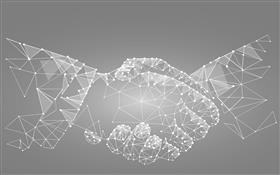 Oklahoma, OK and Killeen, TX, USA, Feb 18, 2021 -- Triple Impact Connections, a veteran-owned customer contact center staffed by spouses of active military members, announced it will be partnering with another unique organization, Channel Blend. Channel Blend is owned by Delaware Nation Investments (DNI), a tribally-owned holding company of the Delaware Nation. The Delaware Nation is the oldest known nation in the Northern Hemisphere, originally inhabiting the Eastern Seaboard of North America.

This working relationship is particularly significant since Native Americans have the highest per-capita involvement in the U.S. Armed Forces. American Indians have participated in every major U.S. military engagement since the Revolutionary War.

Channel Blend is a customer capture center specializing in responding to consumers and businesses who request additional information generated from digital advertising. Channel Blend is much different than a typical call center, using unique software built from the ground up.

Triple Impact Connections and Channel Blend are currently providing support services for Channel Blend’s clients and are making an effort to increase employment among military spouses to reduce the persistent gap between military vs. civilian family income.

Triple Impact Connections operates in partnership with the Military Spouse Employment Partnership (MSEP), created by the U.S. Department of Defense and The White House to connect military spouses with employers who are committed to recruiting, hiring, training, promoting, and retaining military spouses. With a potential talent pool of 650,000 skilled workers embodying the military values of dedication, loyalty, and efficiency, Triple Impact Connections is delivering a personalized and enhanced experience for customers.

This new partnership grew out of a long friendship of two class of 1978’ West Point classmates - Bob Olds, Co-Founder, President and Chairman of Triple Impact, and Frank Keechi, Chairman of Delaware Nation Investments.

"We are excited to work with Delaware Nation Investments to build on our shared history as we continue to expand across the Country to provide our respective communities with higher family incomes and well-deserved opportunity," said Bob Olds.

Triple Impact Connections is a veteran-owned customer communications company founded in 2018 by three West Point classmates to provide employment opportunities for military spouses. Its “triple mission” is to provide client companies with superior customer service, provide jobs for spouses of military families to assure financial stability and career opportunities, and to give back to severely wounded veterans through Sentinels of Freedom, a non-profit organization that helps veterans complete their higher education.