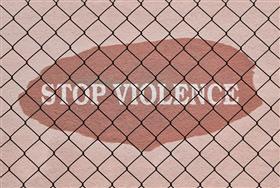 New Delhi, India, March 2, 2020 -- The Delhi Police issued 16 helpline numbers for residents of different parts in the national capital to verify any report or rumour of violence in the city.

In a statement, the Delhi Police said, "Unsubstantiated reports of tense situation in Delhi are being mischievously circulated on social media and messaging Apps. It is to reiterate that such reports are being circulated to spread rumours and create panic amongst public. People are advised not to pay attention to such rumours.""Delhi Police is closely monitoring the social media accounts spreading fake news or rumours. Strict legal action will be taken against those who are found involved in spreading rumours. People are asked to verify such reports from Delhi Police on the following phone numbers." the police said and shared the numbers in a photograph.

The Delhi Police then listed as many as 16 helpline numbers for different regions in the national capital.

The police also said, "If they come across any such hate material, they may complain at Cyber Helpline No.-155260 or www.cybercrime.gov.in. Apart from the above, information about such rumours can also be shared on ERSS-122."Delhi was on the edge once again after rumours of communal tension and attacks spread on Sunday evening.

This comes in the aftermath of the violence that erupted in North-East Delhi last week, in which at least 47 people were killed and around 200 sustained injuries.