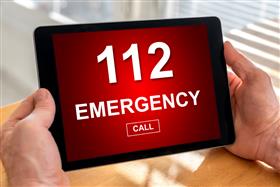 New Delhi, India, Oct 2, 2017 -- The Delhi Police has written to the Department of Telecommunications (DoT) to discontinue customer helpline number 121 as it was "creating confusion" and leading to a "spike in the number of blank calls" received by the DoT's emergency number 112.

The DoT of the central government had allotted 112 for the National Emergency Response System project. The number is touted to be India's equivalent of the US's all-in-one emergency services number 911.

The Delhi Police is at present conducting its trial run.

A senior police officer today said 112 number received over 38,000 calls in the last 24 hours and out of these, only 734 calls were in the actionable category, i.e. when a PCR van is sent out to mitigate the trouble.

The officer said a letter was written to the Department of Telecommunications to "remove 121" as the helpline of service providers to reduce the number of blank calls on the number.

The letter stated that while dialling the customer care number 121, most of the callers accidentally dialled 112.

In order to ensure effective implementation of emergency response number 112, it is requested to remove 121 as the helpline of all service providers and other glitches, it said.

In December last, the trial run for 112 had to be halted since the number of blank calls received on it as well as on 100 reached a staggering 72,000 calls per day.

After a six-month gap, the police began the trial run and started the process of tying up with different telecom service providers for operating 112, said the officer.

During this process, it was found that several calls made to 112 had been done by mistake.
"Many callers claimed that they were dialling 121, which is a customer helpline number, and ended up dialling 112 by mistake. We have written to the DoT and a reply is awaited," the officer added.

About Department of Telecommunications:

The Department of Telecommunications, abbreviated to DoT, is part of the Ministry of Communications and Information Technology of the executive branch of the Government of India.