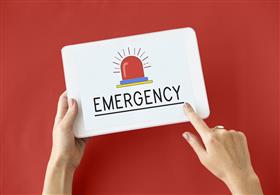 Presiding over a monthly performance evaluation meeting at his office, he said that the Rescue 1122 Muzaffargarh have received 24,506 calls on the emergency helpline during the last month of September out of which only 3663 calls were emergency calls while 17,43 were disturbing calls. He said that the helpline went engaged because of the disturbing calls due to which the department received late information about the emergencies.

He urged masses to avoid disturbing calls on the emergency helpline in order to save lives and properties of others.

He also lauded the Punjab government for starting motorcycle ambulances in the district which enabled rescuers to reach rural and populated areas of the district.