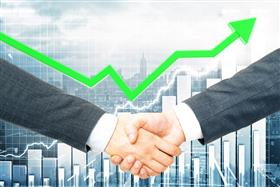 Derby, England, June 14, 2017 -- The company which took over a contract at a Derby call centre for media provider Sky looks set to make good on its promise to bring more jobs to the city.

Earlier this year, Firstsource Solutions announced that it had secured a 10-year deal with Sky to handle its customer service and operations. The contract had previously been handled by Webhelp from its huge call centre on Pride Park.

It resulted in 1,200 Webhelp staff transferring to Firstsource, which took over much of the Derby building. Around 400 Webhelp staff still remain on the site working on other areas of Sky's business, while also handling customer service calls for household goods and food company Unilever.

In March, the centre had its first day of operation under the Firstsource banner - and at the time, Firstsource's head of operations, Adam Gould, said he was hopeful that more jobs might be created in the future.

Now, Derby's JobCentre Plus has said it is gearing up to work with Firstsource to help with future recruitment at the Pride Park site.

Jackie Thompson, employment partnership leader at Jobcentre Plus in Derby, said: "We will be working with Firstsource to help with their recruitment needs going forward. The recruitment is likely to be done across a number of phases.

"At this stage, we are not in a position to say how many jobs might be created, but it is likely to be a good number." It comes as new figures show that the number of people looking for work in Derby and Derbyshire has fallen for the first time since the start of the year.