News : Derby Call Centre Staff Say They are Not Receiving 80% Pay While on Furlough 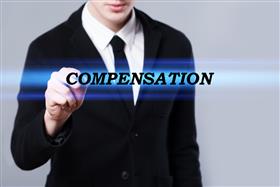 The employees working at the Sky TV operation at Firstsource, in Pride Park, were left furious when their pay cheques were short of what they had been expecting.

Under the Government's furlough scheme, workers can expect to receive 80% of their pay even if they're not working.

But the call centre workers claim when they try to bring up the issue with the company's payroll department they are told there is nothing they can do to help and instead they should contact HMRC.

She said: "We signed an agreement to get 80% of our wages but none of us are being paid that. We’re all being paid different amounts.

"We’ve tried contacting them and we don’t get any reply or anything. On my team there’s at least ten of us who aren’t being paid the right amount."

The worker said she had tried to resolve the issue with Firstsource on several occasions but she had not received any answers.

She also said she believed dozens more employees had been affected by the issue.

She said: "They say you’ll get a call back but no one does. We’ve got nowhere to turn.

"At the moment I’m OK as I can just about pay my bills but if this goes on any longer I won’t have money for food."

Another employee, who also works on the Sky campaign at the Riverside Road call centre, said he had been underpaid twice in a row, while others had been wrongly paid as many as four times.

He received £383 in his latest fortnightly pay packet, which works out at around 58% of his basic wage.

He said: "I was furious and confused.

"Fortunately I’m alright. It’s enough for me to cover my bills and I have savings. But it’s made this month very, very tight.

"Even if it isn’t the company’s fault they haven’t given us any sort of communication to tell us who it is we need to talk to."

The worker said everyone on his ten-member team had received different wages and he believed more across the Sky TV campaign had been affected.

He said: "There’s lots of people complaining about the same thing - it seems to be the case for a lot of people."