News : Display Helpline No. 1091 on All Transport Vehicles: District Collector 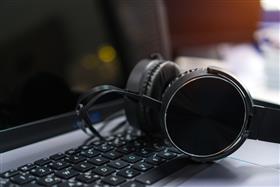 Kolhapur, India, Dec, 2019 -- District collector Daulat Desai, on the backdrop of the recent rape and murder incident of a 26-year-old woman in Hyderabad, has issued orders to ensure that all public transport vehicles highlight the toll free no. 1091 meant for assistance to women in distress.

He has given a deadline of December 15 to all authorities concerned and has ordered the police department and RTO to ensure that everyone abides by the order.

As per government rule, it is mandatory for public transport vehicles, including autorickshaws, taxis, school, public and private buses to mention helpline no. 1091 for assistance of women.

Desai has asked the RTO and police department to immediately check these vehicles and ensure that they follow the rules by December 15. "Strict action will be taken against those not abiding by the rule," he said.

Kolhapur police have already started the Nirbhaya squad on lines with the She Team in Hyderabad, with an aim to provide safe and secure environment for women and college students.

Superintendent of police Abhinav Deshmukh, three weeks ago, had restructured the Nirbhaya squad and the women policemen continue to roam in city in plainclothes at sensitive spots where the incidents of eve-teasing were reported in past.

They travel in private vehicles in order to not to disclose their identity and carry video cameras that are hidden and record activities of eve-teasers and stalkers.

"Instructions have been issued to the Nirbhaya squads to increase surveillance in the city," a senior police officer said.