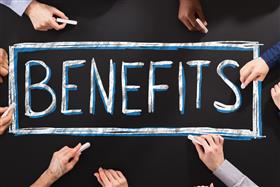 Since President Donald Trump signed the new stimulus aid package the day after the Pandemic Unemployment Assistance (PUA) benefits ended, one viewer asked 12 Responds if people will have to reapply for their benefits.

Jensen said you won’t need to open a new claim, but does suggest recertifying your current benefit.

"Stick with the current UI application that you have, that’s exactly how we’re going to do it in Rhode Island," he said. "It’s the easiest for people."

While the statewide unemployment rate in November was 7.3%, Jensen said they’ve begun to see the unemployment numbers drop. The trend, he said, will likely continue when the state lifts more restrictions.

For Rhode Islanders wondering if there will be a lapse in unemployment payments, Jensen said you won’t see a gap because of how the program works.

"You get paid for the previous week, so right now people are accruing these extra benefits, they will be paid next week," he said.

Another viewer asked 12 Responds if the bonus is for all people on unemployment.

"If you are regular unemployment insurance or any of the extensions that happened after that, that $300 bonus is for you as well," Jensen explained.

It’s unclear how many fraudulent claims have been made, but Jensen said the state is still dealing with people trying to steal UI benefits.

"We are vigilantly after them," he said. "We’re using much more sophisticated techniques that we were at the beginning of the pandemic."

Jensen said the PUA and the Pandemic Emergency Unemployment Compensation (PEUC) extension will go through mid-March. He explained the last week to submit a claim would be the week ending March 13 and the final claim payment would be received the following week.