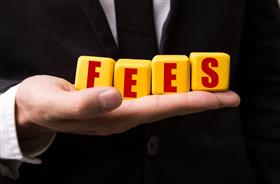 Chennai, India Feb 15, 2022 -- The Directorate of Medical Education is expected to launch a dedicated helpline for medical students to raise complaints of excess fee collection. Health Secretary J. Radhakrishnan mentioned the proposal here on Tuesday on the sidelines of the inauguration of foundation class for first year students of Madras Medical College.

Dr. Radhakrishnan said 90% of those who had been allotted seats had already joined but some students in self-financing institutions had sought more time. The DME had given such candidates time till February 21. Till date, 6,658 students had joined MBBS and BDS courses in self-financing, government and deemed universities, he said.

On whether the State would implement the National Medical Commission’s suggestion that all self-financing and deemed institutions should levy government fee for 50% of its seats, the official said the State had sought clarification from the Commission.

The State had a mechanism where under a directive of the Supreme Court, a retired judge had been appointed to the fee fixation committee that issues guidelines to colleges on fees. "We have appealed to private colleges to not exceed the guidelines of the fee committee," he said.

With regard to the NMC letter he said the Commission had written to all colleges. "We don’t know if the Commission wants the implementation from the coming academic year or the current academic year. There is a fee committee for deemed and self-financing institutions. We have also sought clarification from the Central government. They have not given specific directions. We will have to examine as we have a fee fixation committee and a system. We do not want to rush in. We need to understand the practical challenges involved. As for replacing the Hippocratic Oath administered to medical students with the Charaka oath, Dr. Radhakrishna said there had been no official communication from the Union government or the Health Department in this regard.

Today's Tip of the Day - Readiness For Action!