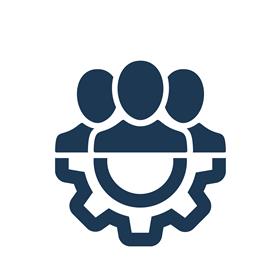 Dubai, UAE, Jan 3, 2019 -- Dnata, the Dubai-based air services provider owned by Emirates Group, is to manage Etihad Airways’ contact centres, in what appears to be the latest step towards closer cooperation between the two rivals.

The contact centres were formerly managed by Etihad itself, and this is the first time it has appointed a third-party to manage those operations. Dnata told Gulf News that it will help Etihad provide customer service to its passengers through "innovative and efficient technology solutions".

"Dnata confirms that it has been appointed by Etihad to manage the airline’s contact centre operations," a dnata spokesperson said. "Including Etihad, dnata now operates 15 contact centres globally, handling more than 2 million customer contacts a month, with some 2,500 employees."

The companies said they have agreed not to disclose contract details. The move is the latest by the two aviation groups to move closer after they signed a deal in January last year to cooperate in aviation security. At the time, Emirates Group Security and Etihad Aviation Group said the deal involves sharing of information and intelligence as well as work on operational areas within and outside the UAE.

"Etihad will work closely with dnata during the transition period and will oversee the management of the contract in its entirety," Etihad said via email. "Dnata is a world-class operator of contact centres and this appointment ensures Etihad will continue to provide the same seamless world-class levels of service to its customers."

Etihad stressed the appointment was just a regular part of business to award services contracts to other parties and that it did not represent more than that.

But it follows speculations of a possible merger or acquisition between the two carriers — speculation both have continued to deny. In late September, Emirates denied a report by Bloomberg News that it was in talks to acquire Etihad, saying "there is no truth to this rumour."

Earlier in the year, Shaikh Ahmad Bin Saeed Al Maktoum, President of Dubai Civil Aviation and chairman and CEO of Emirates Group, said the owners of the two airlines have not talked about a merger. He said, however, Emirates is interested in further cooperation with Etihad, with which it has "an excellent relationship".

For dnata specifically, the deal to manage Etihad’s contact centres comes as it rapidly expands its operations around the world, having already announced other deals in the US, Canada, and Europe.

Today's Tip of the Day - Competitions