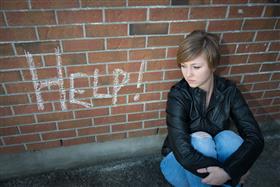 66% of the callers were women out of which 54% of the calls were on domestic violence related issues and 30% of them were related to COVID-19 while there was also an increase in violence linked directly to the restrictions of movement and economic strains on families.

This has been revealed by the Minister for Women, Children and Poverty Alleviation, Mereseini Vuniwaqa today while opening the First Respondents’ to Domestic Violence and Sexual Abuse Workshop organised by the Catholic Church for its members at Saint Joseph’s Secondary School in Suva.

She says the immediate effects of COVID-19 on gender equality is already showing on the burden of unpaid care work and gender based violence.

The Minister says understanding the gender differentiated impacts of the COVID-19 crisis is fundamental to designing responses that reduce vulnerable conditions and strengthen women's agency, placing gender equality at the centre.

She says violence against women and girls starts with disrespectful behaviour and discriminatory attitude and we have to change that by recognizing, calling out and preventing the attitude where all play a role in stopping it before it starts.

She is also encouraging all teachers not to turn a blind eye when they see abuse happening and not ignore such a scenario.

Meanwhile, Head of the Catholic Church in Fiji, Archbishop Peter Loy Chong says the church has three levels of addressing violence against women which includes education and awareness, developing responders that will attend to complaints about domestic violence and sexual abuse and beginning a healing process for survivors.

He says those that have survived violence are often threatened with more violence or even death in order to prevent them from speaking up.

Archbishop Chong says this is why it takes a lot of time for people to have the courage and confidence to come out and tell their story.

If you are in a domestic violence situation that you need to get out of or need assistance, you can call National Domestic Violence Helpline toll-free number 1560.