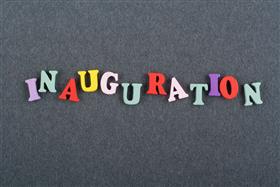 Bengaluru, India, Nov 2, 2021 -- The government launched doorstep delivery of 58 government services in Bengaluru under the Janasevaka programme to commemorate the 66th Kannada Rajyotsava.

Chief minister Basavaraj Bommai inaugurated the programme in Malleswaram constituency, saying the government will expand it across the state from January 26, 2022. Started on a pilot basis in 2019, the initiative was extended to four constituencies in the city — Dasarahalli, Bommanahalli, Rajajinagar and Mahadevapura — and then to Yeshwantpur in January 2021.
The pilot project has seen 93,000 applications raised till date. It was put on hold during the pandemic and was resumed earlier this year. On Monday, it was rolled out across 27 segments in Bengaluru (excluding Anekal) with services being provided by six major departments.

The agencies include revenue department, BBMP and Karnataka building and other construction workers welfare board, and the services include police verification, Karnataka Arogya health card, senior citizens card and APL card. The services will be provided on all days (8am to 8 pm) at a delivery cost of Rs 115 (excluding departmental service charges). Citizens can contact the Janasevaka call centre at 080-44554455 or use the mobile app Mobile One.

Bommai said the Janasevaka concept also involves delivering ration to BPL families at their doorsteps. "The programme is the beginning of Karnataka government’s efforts to minimise the bureaucracy-driven service delivery system, wherein the common man had to pay more than the actual service cost to get his or her work done," he said. Doorstep delivery of ration will be extended to all 28 assembly constituencies in Bengaluru Urban, including 198 municipal wards, the CM said. As a symbolic gesture, he walked to some houses in Rajmahal Guttahalli ward to deliver documents sought by people under the scheme.