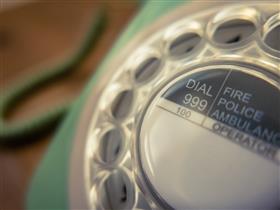 Dorset, UK, Aug, 2022 -- Dorset Police’s 999 service has experienced record-breaking levels of demand this summer and the force is urging people to ensure they are only calling if it is a genuine emergency.

Across July, Dorset Police received the highest number of 999 calls it has ever seen a single month.

One day topped the force’s historical records in terms of emergency calls received in a 24 period with 601 recorded.

The Daily Echo was given behind the scenes access at Dorset Police’s force command centre at Winfrith to listen to 999 and 101 calls as well as the dispatching of officers to incidents just days before the busiest weekend of the year with the Bournemouth Air Festival.

"That is over the course of the year. It doesn’t sound like a huge amount but year-on-year that grows and it surges at particular times the school holidays typically.

"We are such a huge tourist destination in Dorset, we are only an hour and half away from London.

"Over the Bournemouth Air Festival we expect to see 800,000 visitors – that is a population the size of Bristol, bigger than the population of Dorset, coming basically into Bournemouth."

Dorset Police staff said that just two in 10 of the 999 calls they receive turn out to be what they would consider a genuine emergency.

The team in the command centre grade emergency calls at three levels, with a target of reaching the grade one incidents, such as serious road traffic collision, serious crimes in progress and domestic abuse incidents where there are allegations of aggression, in 20 minutes.

Grade two incidents, where there is no immediate threat to life or serious injury with a lower risk level, possibly a dispute or shoplifter detained, have a target response time of an hour.

The target time jumps to 48 hours for grade three incidents, where a crime has been recorded and there are investigative opportunities but it is not critical for officers to attend.

Along with facing the challenge of abandoned calls, 999 contact officers (call handlers) often face reports that are not police matters or involve serious mental health issues.

Meanwhile, the dispatchers are constantly working to shuffle officers from one incident to another to prioritise the most critical incidents.

As well as the 999 service, Dorset Police’s 101 team, which handles both calls, online forms and email reports in equal measure, work late into the night.

Discussing the job done by those in the command centre, Superintendent Browning said: "They are incredible. The work that they do.

"One minute you can be taking a 999 call from someone who is in absolute crisis. The next minute you can be giving somebody advice around the theft of a push bike and then you might be dealing with a domestic abuse incident.

"The sheer variety of incidents they have to deal with and in Dorset they do a lot of the recording of the information at the front end.

"You have some very experienced staff who have been there for a long time and you have got a reasonably high turnover of young people.

"We are actively recruiting. It is a varied and interesting career.

"There is a large skillset that can be picked up but like any contact centre we do see a high turnover and it can be a pressured job."

Dorset Police is the territorial police force responsible for policing the English county of Dorset in the south-west of England.