News : Down with Covid, He Ensured UP Police Helpline Stayed Up 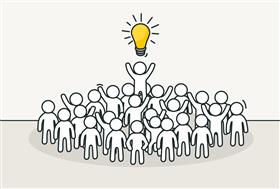 Lucknow, India, July 14, 2020 -- Uttar Pradesh residents can thank one committed cop for keeping the state police’s 112 emergency helpline, which gets 75,000 calls a day, running through the Covid crisis. Ten members of the helpline’s technical team in Lucknow tested positive for the coronavirus June 20 and 22. The service had to be shut down when 11 more staffers were found infected at the Ghaziabad office on June 23.

It was a desperate situation. The pandemic had hit daily life hard and communication was essential for the police’s working. That’s when Brajesh Gupta database administrator of the UP 112 call centre who had himself tested positive on June 20, rose to the occasion. He worked round-the-clock from his hospital bed and restored the service within 48 hours.

With remote access to the server, Gupta worked through a laptop from the hospital where he had been admitted, ensuring that the steady stream of calls was routed to various centres efficiently, so that there were no clogged lines and call drops.

After the total shutdown of the helpline on June 23, limited operations resumed on June 25 with a skeletal staff, but calls were dropped as they landed up only on a few lines. UP 112 was helpless as its technical team was in hospital.

Asim Arun, ADG of UP 112, had to call an emergency meeting of the staff and technical experts. "Only four controllers were present at the meeting as six out of 10 technical experts had tested positive. The controllers only manage the distribution of calls. The four officers present and working said they would not be able to tackle the situation while the calls made to UP 112 were dropping rapidly," said Arun.

When Gupta heard about the crisis, he volunteered to resolve it. "He remote-controlled the systems and gave directions while working on his laptop from the hospital room. He was available round-the-clock over the phone to ensure that the service operated properly," Arun said, adding that the helpline’s response gradually improved from June 25 to early morning on June 26, till they were able to take calls properly.

"Brajesh’s resolve and contribution are unparalleled. It’s far beyond the call of duty. I salute his motivation and positivity which all of us must imbibe from him," Arun told TOI.

Gupta shouldered the responsibility at a stressful time when his wife Sunita and two children, Ajitesh (5) and Amitesh (16), had also tested positive. The family was given a separate room in a Covid ward, before they were discharged after 17 days of hospitalisation.

"My husband is part of the emergency services. Very few get such an opportunity to serve the country," a beaming Sunita told TOI.