News : Dozens More Jobs Set to be Axed at HomeServe 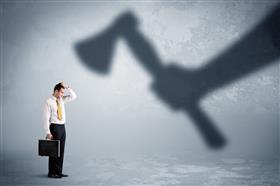 Walsall, England, April 2, 2019 -- It is understood that about 70 jobs will be lost at the company, which employs about 1,100 people at its Green Lane headquarters in Walsall.

But HomeServe has refused to confirm the number of roles being lost, only saying a "small number" are going.

A spokeswoman for the firm said: "We are currently in consultation with a small number of our UK back office teams, primarily within our marketing function, to discuss some potential changes to our structure.

"In addition, some managers are leaving HomeServe this week.

"We continually look at the way we are staffed to make sure we have the right number of people, with the right skills to support the service we deliver to customers."

It comes after the company announced plans to cut almost 100 jobs this time last year.

The 98 jobs were described as ‘support’ roles, rather than repair engineers or call centre staff, and were planned across the Walsall, Preston and Banbury offices, where HomeServe employs about 1,800 of its 3,000-strong UK workforce.

Walsall Council said that it will help anybody affected find new jobs through its Walsall Works programme.

A spokesman for the authority said: "We understand that HomeServe are in consultation with their staff to discuss changes to their structures, which will involve staff leaving their organisation.

"HomeServe is a well-respected and valued member of the Walsall business community.

"Should employees be affected by these changes our Walsall Works team will be happy to support their staff wherever possible into alternative employment."

The company, which was founded in Walsall and sponsors the town’s football team, announced it signed an agreement with Mitsubishi Corporation to establish a joint venture in Japan in February this year.

Homeserve provides insured repair solutions and emergency services to the home. They work with a wide range of major business partners in the utilities, appliance manufacturing, retail and household insurance sectors to offer a total service of warranty marketing, repair and maintenance solutions right across the nation, Europe and worldwide.