News : Dozens of Jobs to be Cut by Barclays in Coventry 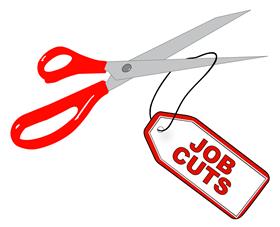 Coventry, UK, March, 2020 -- Barclays has announced 157 jobs could be cut at its offices in Coventry.

The bank, which has its retail bank call centre at the Westwood Heath business park, said 250 jobs would be cut across the UK.

In a statement to Press Association, Barclays said: "In order to drive collaboration, Barclays is moving teams closer together at our UK sites in Glasgow, Greater Manchester and Northampton, where we are investing in new campuses and office space.

"This will enable us to innovate at pace for the customers and clients we serve. We will do everything we can to support colleagues impacted by the changes announced today, working closely with Unite."

Unite said more than 1,000 jobs will be lost as a result of the announcement, with the sake of Barclays’ office in Leeds.

National officer Dominic Hook said: "The sheer scale of the job cuts announced today by Barclays is alarming. The decision to close the major Barclays site in Leeds will be devastating for the workforce and the local community.

"Unite has argued for some time that the bank has a social responsibility not to walk away from its committed workforce in Leeds. Today is indeed a dark day for nearly 800 people who have worked relentlessly to deliver the highest customer service for Barclays customers.

"To add to the misery today within Barclays, the news of a further 345 staff cuts in over 20 locations is deeply troubling.

"Unite is from today supporting our members across the country as they absorb the news that Barclays is closing their site in Leeds and making major job cuts in Coventry as well as many other key workplaces.

"This is clearly a time of immense uncertainty and worry for the workforce. The union is working with Barclays to put into place every possible remedy to support the staff in finding suitable alternative employment and offering advice and support to assist colleagues, including redeployment wherever possible."

Barclays is a financial services group, with a significant international presence in Europe, the USA, Africa and Asia. It engages primarily in banking, investment banking, and investment management. It has been involved in banking for over 300 years; operates in more than 60 countries; and employs more than 110,000 permanent colleagues (including 32,500 at Absa).