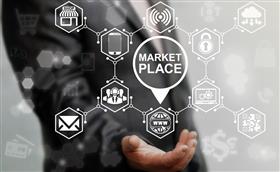 "It will make sourcing telecommunications products and services simpler, clearer and faster for both buyers and sellers," the blog entry said.

The marketplace is expected to be launched early next year.

Last month the agency revealed the government’s plan for an online cloud marketplace. That marketplace is expected to be operational by July 2020 and will replace the current Cloud Services Panel (CSP), which was originally launched in 2015.

In mid-2019, the government renewed and revamped its volume sourcing arrangement (VSA) with Microsoft.

The software company said that the new-look VSA would make Microsoft 365 available to federal government agencies on a cost-effective basis and "opens the door to accelerated adoption of Microsoft Azure and Dynamics 365". Less than 2 per cent of the Commonwealth is expected to remain on legacy on-premises licences, Microsoft said in July.