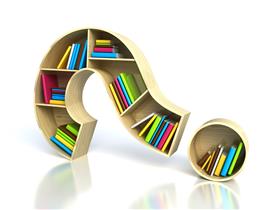 New Delhi, India, July 16 2018 -- In the rush of Delhi University admissions this year, the helpline set by the varsity had received over 120 queries on a daily basis, PTI reported. The helpline had been dealing with answering the questions of parents and students who were filling out the application forms.

From parents filling up their details in their wards admission forms to candidates mentioning the wrong gender, the counsellors working for the DU admission helpline had helped the applicants apart from solving other issues related to admissions.

The counsellors during the admission process have got such questions for which even they were unable to answer.

According to a counsellor of DU helpline, a candidate had called them asking a query on filling her gender as 'others' and asking to which block can be marked. The candidate asking this query wish to change her sex via operation after six months.

The counsellor later said that he had passed on the query to his seniors and a decision was yet to be taken on this matter.

Filling own information in sister's form

The helpline has also received a query from a young man committing the mistake of writing his own information in his sister's application form, making her ineligible for admissions to women colleges.

Parents filling their information in their ward's application form

During the DU admissions this year, according to the helpline, even parents have been found filling their personal information instead of their child's.

Not able to receive admit cards for DU admissions

Some applicants, according to the helpline, also asked questions based on their admit card for DU entrance exam.

In many cases, the candidates had made mistakes of filling two forms leading to issues in generating their admit card. The admission cards are generated on every application form so the candidates who filled two of them could take the exam on only one of the applications.

About University of Delhi:

The University of Delhi is a public central university located in Delhi, India. It is wholly funded by the Government of India. Established in 1922, it offers courses at undergraduate and postgraduate levels.